Sexual abuse is any unwanted sexual contact obtained by force, threats or when a victim is unable to consent. Overwhelmingly, people who experience sexual abuse report know the abuser. And for half of women, that person is their intimate partner. (Men are more likely to be sexually abused by an acquaintance.) That’s because sexual abuse is about much more than sex. It’s one of the many ways an abuser exerts power and control over a partner. Other ways include physical, emotional and financial abuse.

Someone may spike your drink for your sexual abuse!

Rape is one of the most heinous crimes against the woman, with continuously increasing statistics all over the world. Most of the rape crimes are committed by someone known as a victim. In recent years, many incidences of sexual assault are being noticed where perpetrators have used specific drugs to deliberate the victim they assault. This type of crime is known as the “Drugs Facilitated Sexual Assault” and that specific drugs are known as “Date Rape Drugs” or “Club Drugs”.

Date rape drugs are any substances that are used to make it easier for someone to rape or sexually assault the woman or girl. The person who attacked might get confused, or unable to defend against unwanted sexual acts, or unable to recall what happened. The perpetrators can easily conceal drugs in food, drinks, or alcohol. The perpetrator may be the person who you know well or someone just met you or even a stranger.

Date rape drug make it easier to perpetrator or rapist to sexually assault his victim by making her more compliant, so she consents to the sexual activity which she may otherwise decline or by weakening her so she becomes unable to resist or fight back against her abuse or by making her partially or sometimes fully unconscious.

In short, the date rape drug is capable enough to lower all your defences!

Ketamine is available in both powder and liquid form and it is colorless and tasteless. This drug rapidly affects the body of drinkers with the sensation of floating outside the body, visual hallucination, dreamlike state, and somewhat muscle paralysis. The drinker may experience confusion, palpitation, hypertension, and respiratory depression with apnea. The effects last for only 30-45 minutes to an hour, but until they wear off, the person may get distorted from reality.

GHB has been commonly used in medical settings to treat insomnia, narcolepsy, clinical depression, alcoholism as well as to improve athletic performance. It is illegally used as an intoxicant or as a date rape drug. The sedative effects of GHB start from 15 to 20 minutes after dosage and can last for a couple of hours.

Rohypnol is also known as “roofies” or “the forgot pill”. This is a strong and most commonly used hypnotic benzodiazepine. Benzodiazepines enhance the effects of GABA, which led to reduce the activity of nerves in the brain and spinal cord. This impairs or even abolish the defence mechanisms that naturally arise during unwanted sexual activity to resist sexual assault. A normal dose of the drug produces acute toxicity, drowsiness, confusion, blurred vision, and lack of coordination. Rohypnol takes 20-30 minutes to begin its sedative effect that can last for 8-24 hours.

Alcohol produces a hypnotic effect similar to that of benzodiazepines. A drink that has been spiked with chloral hydrate is often called a Mickey Finn and is frequently used in a crime, including sexual crime.

Alcohol is a common depressant that disturbs the motor skills, lowers inhibitions by slowing the functions of the Central Nervous System (CNS). The heavy dosage of alcohol may result in a temporary coma. Alcohol is legal and socially accepted drink and perpetrators take advantage of this for easier misuse of alcohol for sexually abusing the drinker. Thus, alcohol is considered as the most prevalent date rape drug. In recent years, drugs like GHB, Ketamine, and benzodiazepines (Rohypnol) are used for sexual assault by mixing one of them in the alcoholic drinks of the victim.

Date rape drugs are normally metabolized by the body mechanisms quickly and thus difficult to detect during the medical examination. Usually, during the time at which the biological samples are taken from the victim, the body fluids might lose the effects of drugs and remain in only trace amounts. These trace amounts are very difficult or sometimes impossible to detect using regular and standard screening assays available in forensic science laboratories.

The drugs are often concentrated in the urine and thus urine is the most useful specimen in the majority of a date drug investigation. The urine sample should be collected as soon as possible after the crime, within 96 hours after drug exposure.  Also, the date rape drugs are unable to detect in blood specimens after 24 hours of suspected drug exposure. Other biological specimens such as cerebrospinal fluid (CSF) and saliva are also employed as specimens for date rape drug analysis. Sometimes, a victim of drug-facilitated sexual assault does not present to medical or law enforcement people until weeks or even months after alleged crime and suspected drug exposure. In this case, it is highly impossible to find traces or evidence of the drug in urine or blood specimens. At this point, hair samples are analyzed for drug detection using analytical instrumentation of superior sensitivity. 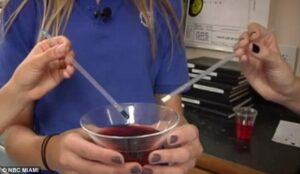 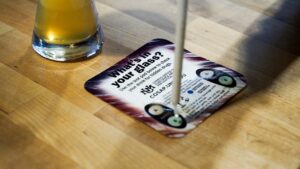 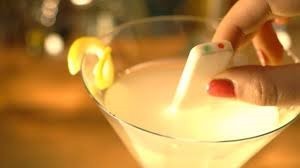 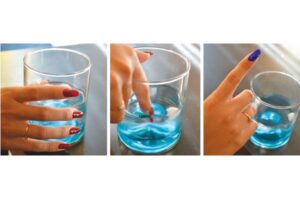 Apart from this, there are many more smart gadgets that are particularly designed to detect date rape drugs in drinks. Although these smart detection devices are instant and portable, they have some drawbacks and may give false results because of human and environmental errors. Also, these gadgets can detect only for common date rape drugs. 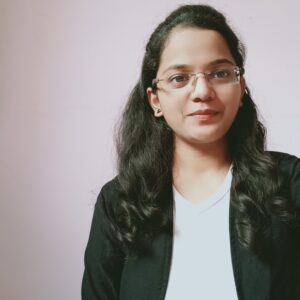 Disclaimer: This article has been published in Forensic Science Application, NVAFRCI, 1(2):2020