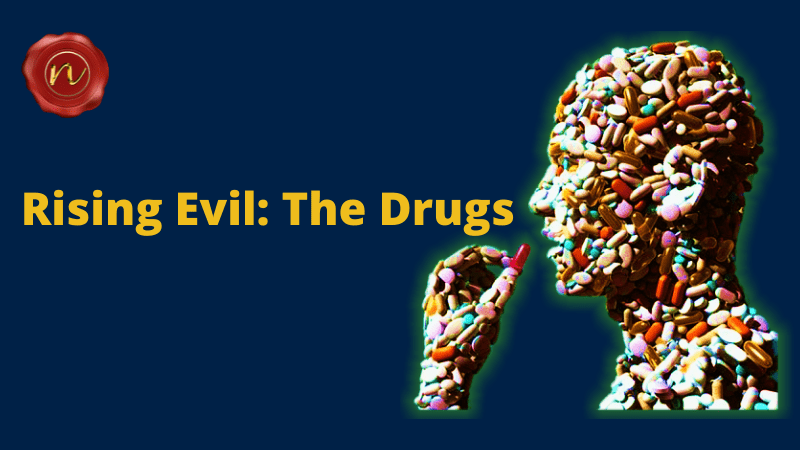 Drugs a medicine or other substance which has a physiological effect when ingested or otherwise introduced into the body. Forensic Science, also known as criminalistics, is the application of science to criminal and civil laws, mainly on the criminal side during criminal investigation, as governed by the legal standards of admissible evidence and criminal procedure. Criminology is the study of crime and deviant behavior. Criminology is an interdisciplinary field in both the behavioral and social sciences, which draws primarily upon the research of sociologists, psychologists, philosophers, psychiatrists, biologists, social anthropologists, as well as scholars of law.

The cases and crimes related to illegal drugs come under this criminology department. Nowadays these types of drug crimes are increasing day by day. And also, it is mainly influencing the younger generation also. Before describing illegal drugs, first, we have to know what is drugs?

A drug is any substance that causes a change in an organism physically or psychologically when consumed. Drugs are typically distinguished from food and substances that provide us nutritional support. Consumption of drugs can be through inhalation, injection, smoking, ingestion, absorption via a patch on the skin or dissolution under the tongue. We can differentiate drugs into two categories: legal drugs and illegal drugs.

Knowingly or unknowingly we use a lot of drugs in our daily life. Some drugs, such as alcohol, caffeine, nicotine, and various prescribed and over the counter medications are legal but may behave restrictions based on age, location of use, driving, and point of sale regulations. The active ingredients in legal drugs can be regulated and controlled: the alcohol content of drinks etc can be controlled.

If a drug is classified as illegal, this means that it is forbidden by law. Different illegal drugs have different effects on people and these effects are influenced by many factors. Like it depends upon the type of drugs they used, how much is consumed, how many different drugs are taken at one time etc. This makes them unpredictable and dangerous, especially for young people. Illegal drugs include cannabis, cocaine, heroin, steroids, opium, hallucinogens, etc.

Heroine: These are drugs that slow down the central nervous system and the messages that go between the brain and the body. These drugs decrease people’s concentration and slow down their ability to respond. The name ‘depressant’ suggests that these drugs can make a person feel depressed, but this is not always the case. The term depressant purely refers to the effect of slowing down the central nervous system. Some other examples include alcohol, opioids, barbiturates, GHB.

Cocaine: These are also known as stimulants (also referred to as psychostimulants). These are drugs that stimulate the central nervous system and speed up the messages going between the brain and the body. These drugs typically increase energy, heart rate, and appetite. Some of the other examples of psychostimulants include methamphetamine (speed, ice, base), dexamphetamine, caffeine, nicotine, MDMA/ecstasy. 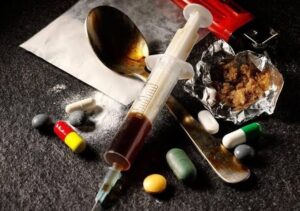 Hallucinogens: These are drugs that typically alter how a person perceives the world. These drugs can change the way a person sees, hears, tastes smell or feels different things, including experiencing things that aren’t there at all. Some other examples of hallucinogens include ketamine, magic mushrooms, LSD. 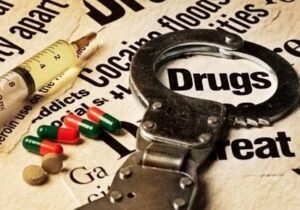 The above mentioned is a small description of the most commonly used illegal drugs. Nowadays a large number of drug crimes are registered day by day. Most people are less aware of this major problem happening around them and badly it’s influencing our society.

Drug Trafficking: It is a global illicit trade involving the cultivation, manufacture, distribution, and sale of substances that are subject to drug prohibition laws. 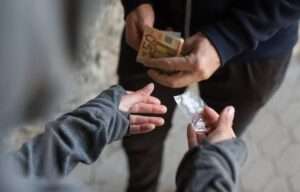 Trafficking in illicit drugs tends to be associated with the commission of violent crimes.

Reasons for the relation-ship of drug trafficking to violence include: competition for drug markets and customers, disputes and rip-offs among individuals involved in the illegal drug market, individuals who participate in drug trafficking are prone to use violence, locations, where street drug markets proliferate, tend to, be disadvantaged economically and socially; legal and social controls against violence in such areas tend to be ineffective. The proliferation of lethal weapons in recent years has also likely made drug violence more deadly. BJS examined homicides in the 75 most populous countries in the United States in 1988. Many of the homicides involved drugs or drug trafficking, including the following: drug manufacture, a dispute over drugs, theft of drugs or drug money, a drug scam, a bad drug deal, punishment for drug theft, or illegal use of drugs. One of these circumstances was involved for 18% of the defendants and 16% of victims.

Drug crimes: A drug-related crime is a crime to possess, manufacture, or distribute drugs classified as having a potential for abuse (such as cocaine, heroin, morphine, and amphetamines). Drug are also related to crime as drug trafficking and drug production are often controlled by drug cartels, organized crime, and gangs.

Here is a small case study related to drug crimes that happened in our country. This gives us a small idea about what is happening around us.

A young doctor found dead in a hotel room of a metropolitan city with no marked injuries except few prick marks present on the hand of the deceased. The investigating officer found the door and windows locked from inside which ruled out the possibility of homicide.  Inside the room police recovered a disposable syringe and an empty ampule of a drug, which was later on

Drug abuse is a major problem for society. Not only India but also in the whole world. The legal administration is facing challenges due to the high risks of illegal drug trafficking. Substance abuse is a worldwide phenomenon because of its harmful effects on the health and morale of the individual and society at large. Misuse of drugs has become part of the modern life. In order to obtain kicks, thrill, excitement, and escaping from the day to day problems of life. Drug addicts indulge in polygamy and sexual intercourse in groups under the influence of marijuana or LSD. Devotees of marijuana call it social drug and are under the theory to make love and not walls and hippies share their quota of drugs with the students. Like this so many drug crimes are happening around us. A lot of people do not understand why people get addicted to drugs and related substances. They mistakenly view drug abuse as a social problem and characterize the addict as a weak person. Though there is no scientific evidence on how exactly drug work in the brain, it can be successfully treated to help people stop abusing drugs. There are many treatments that help people counteract the disruptive effects of drug addiction and regain complete control over life. Understanding the root cause of drug addiction is one of the best ways to improve treatment options and outcomes of drug addiction in the future.