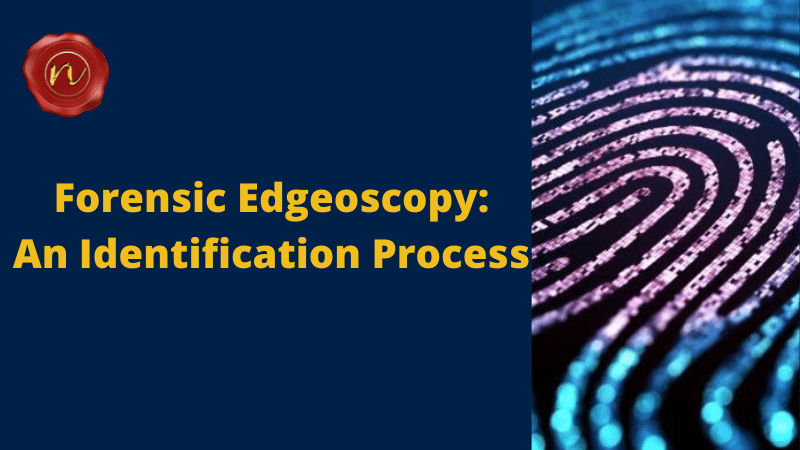 It is the method of identification by the examination of unique details and characteristics found along the Edges of fingerprint ridges.

This method was first explained by Salil Chatterjee in 1962. Edgeoscopy was the research that may come as a possible form of a new criminal Identification method.

Poroscopy and Edgeoscopy both involve third level detail and are used by the latent examiner on a regular basis, even without their conscious knowledge.

This is the study of third-level study of fingerprints analysis which helps in Identification and individualization of particular samples by the examination of sweat pores and edges of ridges to give a positive and negative opinion in the court of law.

skin over the volar surface of the fingers. They are identified by alternate strips of raised dermal ridges and furrows present in a variety of patterns with minute sweat pores appearing along the surface of the dermal ridges. These ridges can help in identification even when epidermis get eroded by damage due to burns or long term submerged in water.

As we all know Fingerprints are the most commonly available chance print at a crime scene, their permanence and uniqueness lead to accurate identification of the person. Prints recovered from the crime scene are identified for their pattern types, ridge characteristics, etc, and compared with the samples (specimens) obtained from the suspects. If a sufficient number of characteristics are not available, the Fingerprints cannot be used for identification in many cases, the recovered fingerprints are partial, smudged, or fragmentary where the required number of ridge characteristics are not available.

In this situation, there is the need to include the third level details (besides first and second level) such as the number, shape, and measurement of the relative position of sweat pores and shape of edges of ridges which can be used to supplement the shortfall in the number of ridge characteristics to establish Identity.

Formation and Characteristics of Edges:

These edges characteristics of ridges do not change during the life of an individual through their size can vary with the advancement of age.

Edgeoscopy is a term applied to the study of the characteristics formed by the sides or edges of papillary ridges as a means of identification. The characteristics are general, but not always microscopic in nature.

Papillary ridges are formed during fetal life. They begin as apertures together into rows forming ridges. These ridges have different edges and are as individualistic and unique as pore and ridge characteristics.

Chatterjee classified the characteristics of the Edges of friction ridge skin into seven different classes as follows: 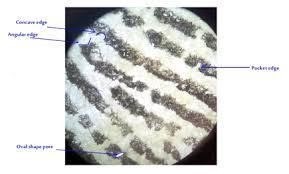 The lack of interest in Ridgeology is the examination of two parts of ridges of the friction skin surface pores and edges has been blamed on its so-called shortcomings such as it’s the low percentage of fingerprints displaying pore structure in latent or inked forms, inadequate visual aids to examine pore structure, difficulty locating the pores to be compared, the degree of study required to gain expertise and the time required to make the comparison.

It may rarely be used or a basis for identification without being considered as an adjunct to ridge formation. The problem of having an inked impression of adequate quality for comparison and the difficult task of comparing so many possible characteristics make Forensic Edgeoscopy impractical as the sole means of identification. Considering the difficulties that may be expected in development techniques and pressure distortion, the application of Edgeoscopy is extremely limited. There is no publicized case of an actual identification based on Edgeoscopy alone.

It was previously stated, any characteristics which appear in more than one print made by the same finger may be used to establish identification or individualization aspects because of its persistency, permanency, and uniqueness. This study is useful in cases of smudge, partial or fragmentary prints where there are a required number of ridge characteristics that are not available.

With the advancement of digital tools and modern tools processing techniques and fingerprint, development advancement has made the third level details mainstream among the latent print examiner. To use Ridgeology effectively it must be incorporated into an evaluative identification process.