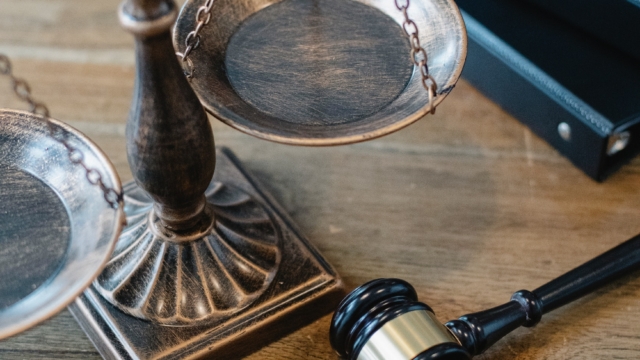 In a modern developed world, crimes are increasing rationally along with population so as to control this, law and science are brought together into a branch called Forensic criminology. The word forensic comes from the Latin term Forensis, meaning “of or before the forum”. Forensic science is the application of science to those criminal and civil laws that are enforced by police agencies in a criminal justice system. Criminology is the study of crimes and criminals. The prime motive of criminology is to study the behavior of the criminals and to provide effective measures to prevent it. Criminology extensively comprises 2 branches to be specific criminal biology and criminal sociology. Criminal biology which bargains with the reasons for criminal conduct and criminal sociology manages the impact of criminal conduct on the public.

The Role of Forensic in the Detection of Crime

Forensic science is significant in criminal law without the help of measurable the wrongdoing would stay unsolved. Examination of body fluids, chemical drugs, trace materials like glass; rope; soil; etc, fingerprint patterns, footwear, and tire impressions help the examiner for the further development of the case and also help to find the criminal. This evidence proves the crime and serves as evidence in the prosecution. 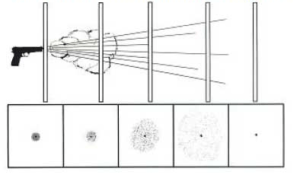 Gunshot distance and gunshot residues help in further improvement of investigation. There are many branches whose application helps in the criminal’s identification. A hole in a garment or object can be chemically processed for lead and copper residues, which may indicate a bullet passage. A ring of residue wiped from the surface of the bullet (bullet wipe) as it passes through a material is common around the immediate perimeter of a bullet’s entrance. The ring appears very dark on lighter materials.

There are different branches in forensic are:

Forensic Entomology: It is the application and study of insects and other arthropod biology to criminal matters

Forensic Ballistics: It deals with the study and examination of firearms and ammunition to aid in an investigation by law enforcement agencies

Forensic Odontology: Forensic odontology is the application of the knowledge and principles of dentistry in the administration of criminal justice. This branch of science is known to have solved many cases of identification involving skeletal remains and dental marks. 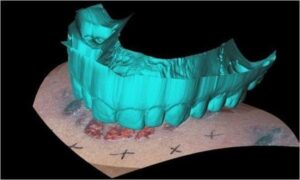 Forensic Toxicology: Forensic toxicology alludes to the application of toxicology to help the medico-legitimate examination of death and harm. Legal toxicology incorporates the proportion of liquor, drugs, and different poisonous substances in biological specimens. 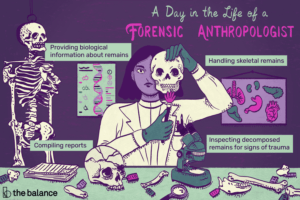 Forensic Psychology: It is the study of human behavior and how it affects the legal aspects of a case

Forensic Science in Legal System: Over the most recent couple of decades, the development of innovation in criminal examinations has been a significant forward leap in the progression of criminal equity. The forensic concept is not new in India, but its application is not known. The concept of a fingerprint is a milestone in the criminal system. It is always difficult to define crime.  The clear examination of fingerprints found in the crime scene helps to identify the criminal and providing this evidence in court provides justice to the victim. Science and crime are 2 distinct ways. It does consistently appear to be a secret regarding the blend of law and science.

Criminological science assumes a significant job in the criminal equity framework by giving experimentally based information through the investigation of physical verification. Every wrongdoing scene is special, and each case presents its own difficulties. During an examination, the confirmation is gathered at a wrongdoing scene or from an individual, broke down in a wrongdoing research center, then the outcomes given in court.

The main role of the forensic investigator is –

The main role of the forensic scientists is to examine carefully every evidence found, and also the body found in some cases should be examined very keenly and give reports.

Restrictive Use of Forensic Evidence

The reasons for restrictive use or reluctant use of forensic are numerous, such as-

The main aim of the criminal justice system is to provide honest justice to the victim and their family, in this context forensic plays a vital role. Through an examination of evidences found in the crime scene helps the investigator to lead the case, and this evidence connects with the culprit. The court also depends on the scientific evidence and reports given by the forensic scientist. Forensic science is a scientific boon for the criminal justice system. 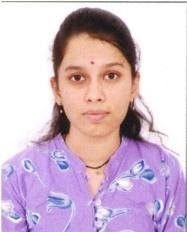 Y. Prashasthini pursuing B.Sc. Forensic Science with Biotechnology stream from RBVRR Women’s College, Narayanguda, Hyderabad, Telangana. She opted for this course through interest and still, this field can be developed in the medico-legal aspect. She feels glad to share the above information.