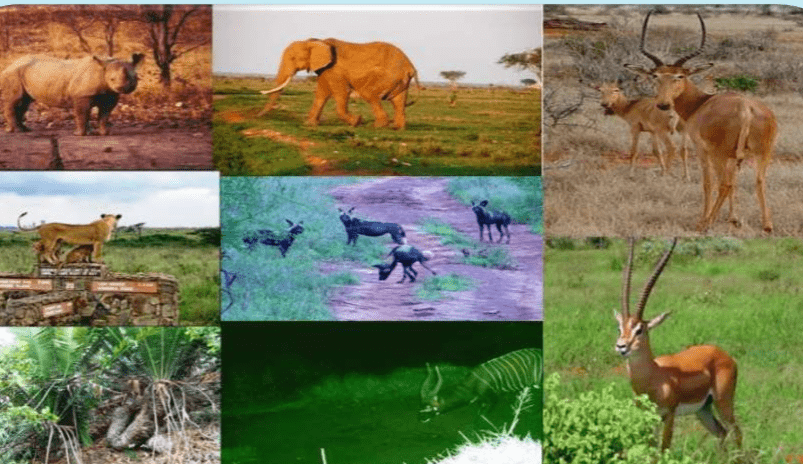 Every little animal within an ecosystem has a vital role in the well-being of the planet. If one species is rendered extinct due to some imbalance then it can have significant catastropic effects throughout the rest of the chain. Many national and international laws are been established to control wildlife crimes like hunting, poaching, animal smuggling, animal abuse, illegal trade etc. When such crimes occur, it is difficult to establish the cause and the mode by which crime was carried out, the role of wildlife forensics comes into play. Wildlife forensics is a branch of forensic science that deals with identification & comparison of human and nonhuman evidences, punishment to the offender by integrating all principles and techniques from various other disciplines which includes criminalistics, pathology, morphology, chemistry and molecular biology. In order to determine the legality of a case, wildlife investigators have to answer three questions:

Human crimes like murder, sexual assault, human trafficking, drug abuse, etc. are all solved through the evidences encountered at the crime scene like hair, blood, saliva, semen, etc. similarly, crime against animals or the crime involving humans, animal evidences can act as a corroborative or conclusive evidence in solving the crime. Therefore, animal evidences are of no less importance as compared to humans in solving of crime. The commonly encountered evidences from the scene of crime includes hair and blood and they have to be analyzed and compared properly for differentiation of human and animal evidences.

Hair is the mammalian epidermal exoskeleton and having distinctive specialized anatomic structure that consists of cells which are placed in three concentric layers viz. cuticle, cortex and medulla.[1] The configuration of hair varies considerably from species to species and this can be used to identify a particular species by implementing various methods of hair analysis like Microscopic/SEM examination, Mitochondrial DNA analysis.

Bloodstains are one of the most common types of biological evidence encountered at crime scenes, and their biological information usually provides forensic investigators with a great deal of critical information. Identifying the species of a bloodstain is an important part of forensic investigations.[2] Various tests are performed to check whether the encountered evidence is blood or not. Presumptive tests that are performed on blood include Kastle–Meyer test, leucomalachite green, and luminol.[3] The confirmatory tests include Takayama and Teichmann crystal assays. The tests that can be performed on blood to differentiate between human and animal blood are important in wildlife forensic science, animal wounding cases, and veterinary settings. Such tests include Precipitin test, Ouchterlony Double Immuno Diffusion test, DNA tests (usually mt DNA). There are also other non-destructive tests like Raman Spectroscopy, FTIR Analysis etc.

Many wildlife crimes are on rise. So, the animal evidences from bone to the tiniest hair, blood to feathers should be properly examined with physical and analytical techniques and then stored in databases for future reference. Currently, there is one Wildlife forensic laboratory in Ashland to deal with wildlife cases, but in order to carry out investigation and analysis more effectively more such labs should be set up to establish a link between crime scene and suspect, victim and also to identify the origin, mode, manner, and cause of death of animal. On the basis of this study it was concluded that the best technique that can be used for different samples of animal evidences like hair & blood are DNA analysis & FTIR analysis respectively. The need for comparison of human and animal evidences are to understand animal evidences, to find their significance in solving crimes and crimes related to humans, differences or similarities in case of commonly encountered techniques used for human and animal evidences. This comparison of human and animal evidence creates an immense possibility of further research and analysis.

Nandini Gupta is an Under-Graduate student, currently pursuing B.Sc. (H)–Forensic Science from Amity University in Haryana, India. She has completed her Internship from CFSL, CBI, Delhi. She is currently working on various research projects in the field of forensic science. She has also attended and has presented many research papers and posters in various National and International conferences and webinars.

Disclaimer: This article has been published in Forensic Science Application, NVAFRCI, 1(3):2020

© 2023 Nyayik Vigyan
We use cookies to ensure that we give you the best experience on our website. If you continue to use this site we will assume that you are happy with it.Ok