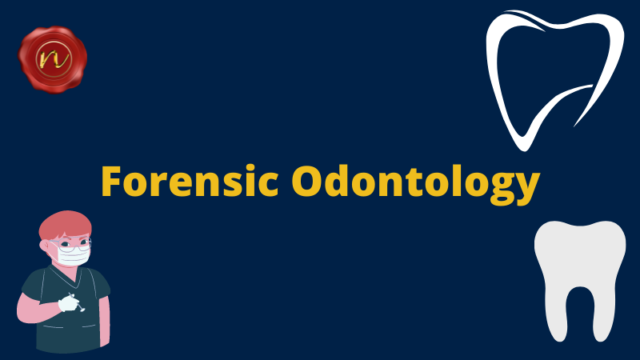 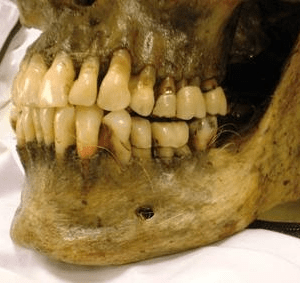 The scientific study of structure and diseases of teeth is defined as Odontology, but when it is presented in the interest of justice it is known as Forensic Odontology.

Forensic Odontology was done mainly to reconstruct the deceased person’s age, sex, the ethnicity of the person, using dental tissues. It plays a major role in some cases such as Murder, Rapes and Juvenile delinquency, Mass disasters, Kidnappings.

Teeth are the most rigid and robust tissues of the human body and it is resistant to decomposition. The teeth patterns of every individual are unique. No two individual teeth patterns are alike. Forensic Odontology helps in solving civil and criminal cases. Dental tissues are often used to determine age, race, sex of the person who can either be a victim or suspect. Like fingerprints, teeth also provide identification of deceased after analyzing ante-mortem report. Forensic Odontology can be classified in categories:

Aids in identification of the unknown individuals in natural disasters; chemical and nuclear bomb explosion scenarios 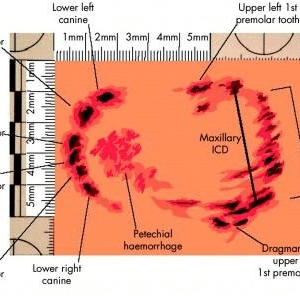 Bite marks is a pattern produced by human or animal dentitions. It may be 3-Dimensional impression or surface prints. Bite marks can be made by teeth either alone or in combination with other parts of the mouth. Bite marks usually seen in crimes such as sexual offences, homicides, and child abuse cases. 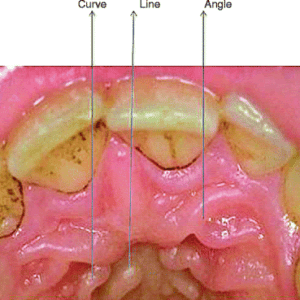 Palatal Rugae, a series of transverse ridges on the anterior part of palatal mucosa. In some situations, if teeth are lost due to any reason, the use of palatal rugae has been suggested for identification. In the study of palatal rugae, in order to identify a person’s identity, it is known as Rugoscopy/palatoscopy. Rugae are protected from trauma by their international position in the heat by tongue and buccal pad of fat. Once they formed, they do not undergo any change except in length & remain in the same position throughout the person’s lifetime.

Evidence can be classified into 2 categories:

Case Investigation in Which Forensic Odontology Played A Key Role:

As we all are aware of the 16th December 2012, gang rape-murder of NIRBAYA which occurred in Delhi. The Forensic Dentist from SDM College from Karnataka was able to link two of the accused to the crime. They have arranged the teeth patterns along with the bite marks.

On 28th November 1987, A Boeing 747-224B combi of SAA, the “Helderberg Crash into sea near Mauritius. All passengers on board died. The forensic dentist examined the dental tissues of 8 victims, out of 15. Out of 8 remains recorded, only 5 were identified by means of simple dental restorations, advanced dentistry, anatomical features of teeth, and stages of development of teeth. Among 5 remains, one of the victims was identified by process of exclusion and radiography.

On 26th December 2004, an earthquake measuring 9 on Richter scale occurred. The victim in the incident was successfully identified by forensic odontology. Forensic dentistry was divided into 2 parts.