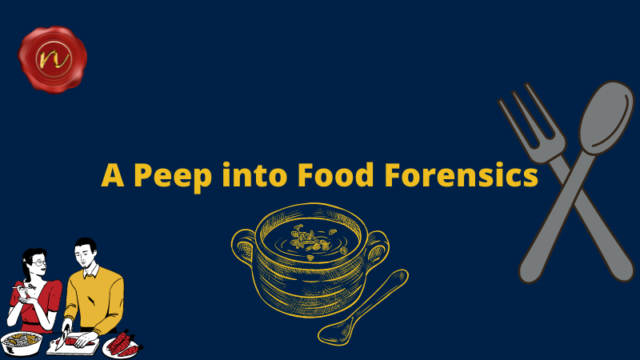 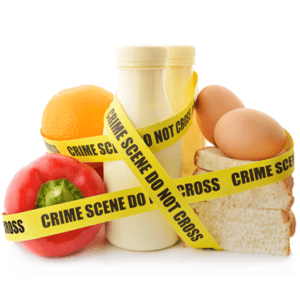 Food is a substance consumed to meet the vital processes in a living organism. But what we eat is really nutritious or toxic? A common example is the turmeric powder usually known for its anti-inflammatory properties has now become the source of pesticide residue, arsenic, lead etc.

Food Forensics implicates the chances of using scientific methods for the authentication and traceability of foodstuffs.

Toxic elements are the harmful elements added intentionally or accidentally to the food. It has the potential to cause cardiovascular and nervous disorders. The toxic elements get into our body by the process of bio-accumulation. The common heavy metals found in foods are arsenic, lead, cadmium, etc.

Arsenic: It is a naturally occurring element commonly found in groundwater, oceans, etc. The increased usage of pesticides and arsenic in the industrial processes has gradually elevated the levels of arsenic in the water globally. It is commonly found in vegetables, cereals, seaweed, etc. The health effects may range from acute vomiting to cancer of skin and bladder.

Cadmium: The primary source for cadmium is as a byproduct of refining zinc metal. Exposures to cadmium are addressed in specific standards for the general industry, shipyard employment, the construction and agricultural industry. The traces of cadmium is commonly found in nuts, legumes, etc. its toxicity causes damage to renal functions.

Lead: It is a naturally occurring element usually found in traces, it can be traced in the large amount due to man-made reasons. It can be found in vegetables (especially green leafy vegetables), grains, etc. The main target of lead is the central nervous system, it can vulnerably affect the developing brain.

Mercury: According to WHO, a small portion of this element can cause serious health issues in the living. The allowed amount of mercury in drinking water is 0.002 ppm.

Stable Isotopes Analysis (SIA): SIA is known for its ability to differentiate between organic and conventionally grown foods. A living matter is mainly made up of carbon, hydrogen, nitrogen, and oxygen. They contain two stable isotopes each- 2 H/1 H, 13C/12C, 15N/14N and 18O/16O, which can be used to study the whole compound. The study of these elements can trace the flow of nutrients. The primary analysis of SIA was the determination of water and sugar added in the orange juice. The SIA has made it easier for the analysis of the geographical, botanical, chemical, and synthetic information of the food.

DNA analysis: As there has been advancement in the biomedical field, DNA analysis becomes an important method in checking the safety, quality of the foods used. Examples of these methods include identifying different meat species, fish species, potato and citrus varieties, Basmati rice varieties, detecting meat ingredients in vegetarian foods, and detecting adulteration of durum wheat pasta with common wheat. The one limitation is that the DNA of a food sample can get degraded during the processing.

Proteomic methods: Proteomics is basically the testing of proteins in food. Proteins are mainly responsible for the characteristics of food during processes. The viscosity, thermal conductivity, and other properties of meat, cereals, etc depend on the protein composition in the food sample. This method can also help in the identification of different types of tissues. An example of this method is the detection of a minimal quantity of chicken meat in a mixture with pork meat.

Metabolomics: It is mainly the study of micro molecules (metabolites) that are formed as a result of metabolism in living organisms. It has the ability to study the pre& post-harvest changes in food.

How to Eliminate the Fraud?

The contributions of the various methods have been crucial for demonstrating food forensics in the past few years. The selfish interest of the people has to lead to an increase in the diseases commonly known as a lifestyle disease. The major problem is that instead of combating against this man has learned to go along with this. Thanks to new forensic technology that made it easier to detect the minute fragments in the food sample in an easier and efficient way. Instead of coming up with newer technologies, it is high time we should move towards the termination of the frauds.