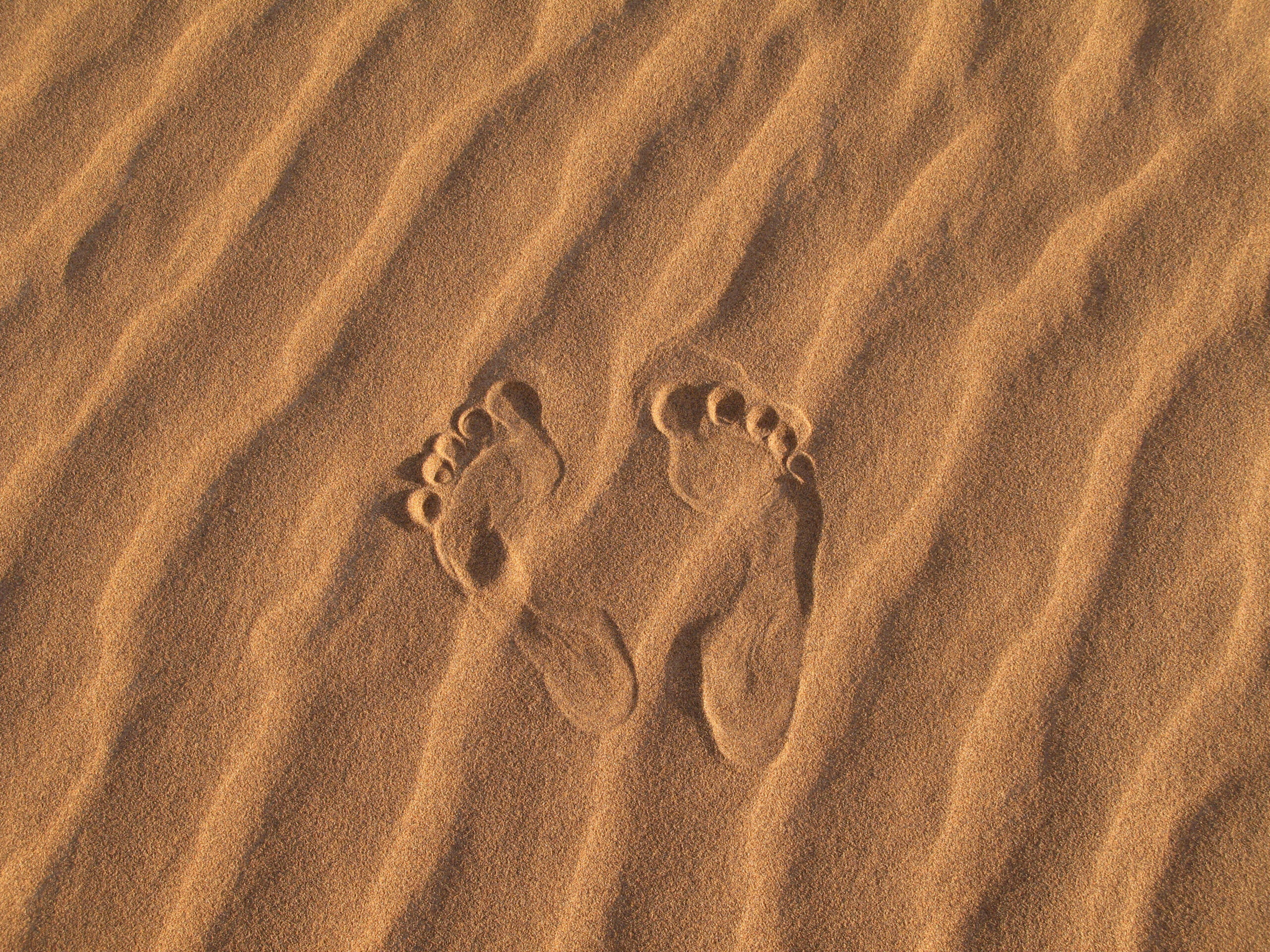 Footprints are the impressions left behind by an individual while running or walking are known as Footprints. The term Footprint is basically used for shoe print or bare footprint or series of impressions left and recovered from the floor, stairs, tables, chairs, drain pipes, mud, soil, etc.

Footprints can be seen in a few sorts of cases and crime scenes like burglary, HBT (House Break-in and Theft), rapes, shoplifting, kidnapping, homicides, etc.

They can be important evidence encountered at many crime scenes. Footprints can reveal the actual activity of an individual at the crime scene and can also help in identifying patterns of action in the order in which they happened despite the absence of other documentation of the crime scene.

Footprint evidence can be classified into two types, as can much different forensic evidence. First is class characteristics, it includes information of general sort of footwear impression i.e. types of tread present at the base of the footwear which is usually explicit to the manufacturing brand and model of the footwear, this classification also includes person pattern of movement while walking, running, jogging, etc. as well as the size of footwear.

Another is individual characteristics, which include wear and tear marks of the footwear. If bare footprints are present unique features of toes like bumps in the lines of the toe, flatfoot condition and phalange marks can be investigated.

Footprints found on mud, snow dust, etc. are three-dimensional or depressed or sunken foot impressions, and those found on materials like blood, ink, oil, powdery substance, etc. on the hard or smooth surface are known as two-dimensional or surface footprints.

Once footprint evidence is found at the crime scene, it should be photographed with oblique lighting sources such as UV (ultraviolet) light regarding the scale from various angles, then it should be cast if present on the snow or mud, lifted if present on the floor, traced if present on the wall, regarding the surface at which they present by using various techniques and methods like adhesive lifting from non-delicate or smooth surfaces, gelatin lifted from any surface non-porous or porous, electrostatic dust-print lifting from dusty surfaces.

After that, the footprint is analyzed for the location, shape, size, stride dimension, deepness and angulations, outer margins, injuries, the height of the person, movement of the ankle or foot, etc. are unique for every individual.

For examination, tools like calipers, dividers, low magnification, and special lighting are used, and for barefoot examination methods such as linear measurement and overly approach method. In the overlay approach, the position, contour of toes, and footprints overall shape of a footprint found at the crime scene and suspect footprints are compared, and in the linear measurement approach, the angle and distance of the crime scene and suspect footprint are compared. Also, other aspects of footprints in comparison and analysis are there.

Footprints can be proven as an enormous incentive in setting up the identity of a person in the criminal examination because of their uniqueness. Examination of impression recuperated from crime scenes is a notable and all-around acknowledged piece of forensic investigation.

Forensic podiatry is a science to study gait analysis and footprints, now it’s a rising subdiscipline in forensic science.

According to Vernon and McCourt, 1999, forensic podiatry is defined as “Application of explored and sound podiatry experience and information in forensic investigations, to show the relationship of a person with a crime scene, or to respond to some other lawful inquiry worried about the footwear or foot that requires information on functioning foot”.

Forensic podiatry uses the ACE-V (Analysis–Comparison–Evaluation–Verification) model with a strict belief and CAD (Computer-Aided Diagnosis) is also used for the processing and comparison of the image for analysis of footprints.

Footprints are important evidence in a criminal investigation; they can link the suspect to the crime or crime scene. Information like the size of the foot, absence or presence of the shoe, the direction of motion, stepping style, stature, and sex of the individual can be predicted. It is necessary to develop modern methods and strategies of investigation in the forensic podiatry field so that the biological profile from footprints and foot remains of the criminals or individuals can be set up.